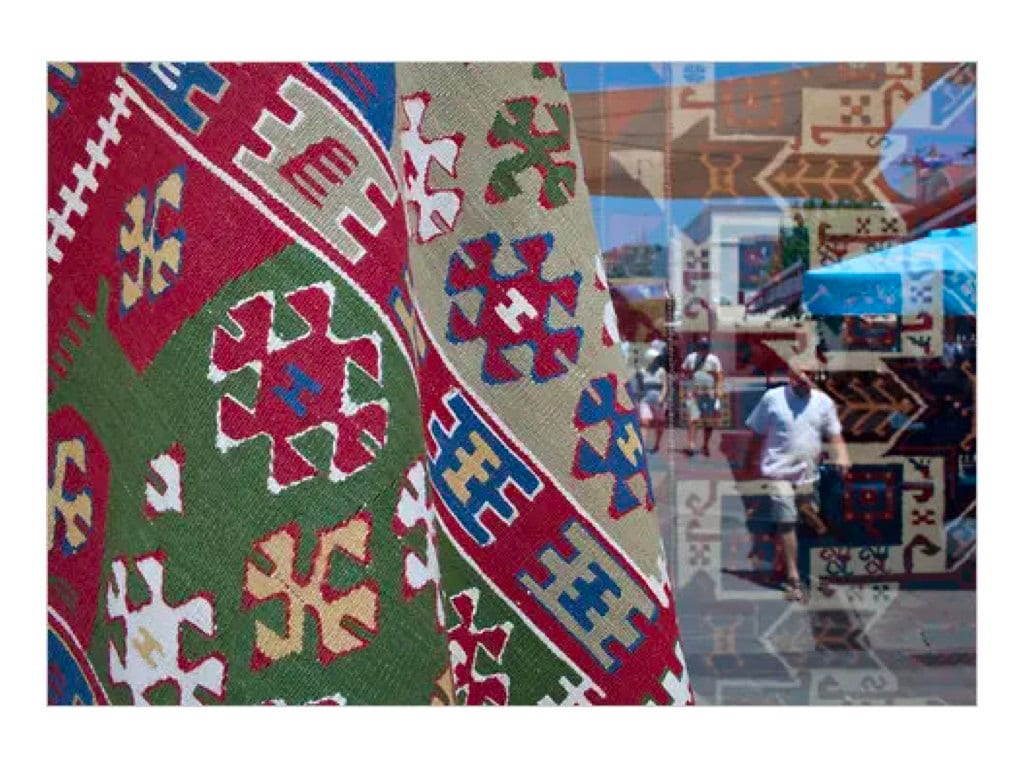 Born in the small village of Niğde in Turkey, Mustafa began at an early age to learn the carpet business from his father Şakir Açikel. From the age of seven when the family moved to Ankara, he went and helped his father in the small family shop, watching how his father bought carpets and met customers. Moving to Ankara provided better education for the entire family of five brothers and two sisters.

When he was eight years old, Şakir gave Mustafa a small table overflowing with handmade angora socks and gloves for ladies. On the busy street in front of the store it was Mustafa’s job to sell the socks everyday during the summer and after school in the winter. He would sometimes make about 100 or 200 lira (15 TO 30 DOLLARS) in a day. This money was then given to an older brother who would invest it in more carpets and kilims for the family business.

The family moved to Bodrum in 1972 – it was then a simple fishing village perched on the edge of the Aegean, just north of the Mediterranean. At that time Bodrum had a population of just 3,000 and yet to be popular with tourists. Today the village is the St Tropez of Turkey, with visitors swelling the numbers to more than a million in high season. Throughout his teenage years Mustafa continued to learn and work in the family’s carpet shop in Bodrum every summer. Winters were spent in Ankara at school; during high school and further education he concentrated on languages and business. In addition to his native Turkish he also speaks English and Italian, with some knowledge of French and German too.

Education completed Mustafa had to fulfil his military service commitment in Turkey – as required of all Turkish males – and he was stationed in Eastern Turkey. With relief he returned to Bodrum after two years, to work full time in the family carpet business. He believes that he is still learning after twenty years in the business.

He travels extensively every year to select the finest carpets and kilims from all corners of Turkey. Different regions are known for their own colours and typical designs of the area. Qualities of all levels can be found and Mustafa endeavours to find only the best. Touching and looking at many thousands of carpets and kilims, working with craftsmen and talking to both dealers and private buyers all over the world have all contributed to the expert knowledge he brings to the business today. He is proud of the fact that no delivery has gone astray after he has ensured a pain free journey for each purchase to its new owner.